When Italian advertising agency AdmCom were given the task of attracting visitors to the Casino Di Venezia, they came up with a novel solution.

For several weeks, visitors arriving at Marco Polo Airport in Venice were greeted by a giant roulette wheel.

Airport passengers on average spend 10-15 minutes (or often longer) staring at a conveyor belt waiting for their bags. The creatives at AdmCom saw this as an opportunity and covered the belt in black & red numbered squares. Although there was no real money at stake, travellers could bet on which number their bag would land on, with the winners receiving free entry to the nearby casino. 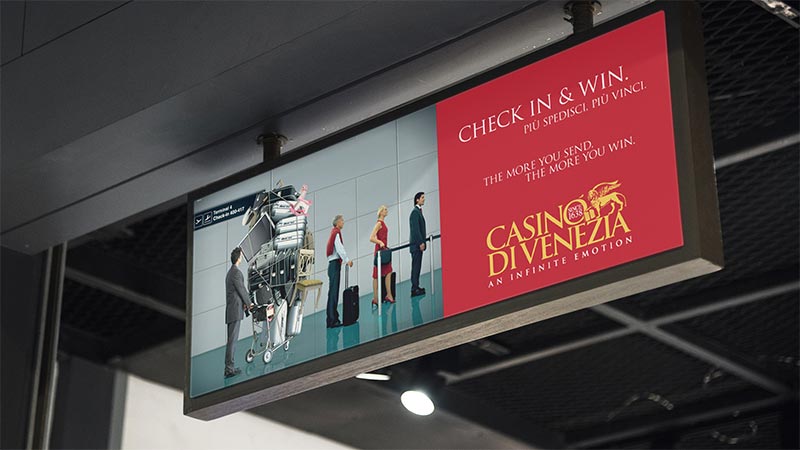 Posters and billboards were strategically placed around the airport to strengthen the campaign. Casino Di Venezia reported a 60% increase in revenue during the time the campaign was being run, compared to 16% during the same period in the previous year.

Casino Di Venezia (Venice Casino in English) operates two sites in Venice. The main building overlooks the Grand Canal in the centre of the city and is one of world’s oldest gambling houses. The more modern second site, Ca’ Noghera, is a five-minute drive away from Marco Polo airport making it extremely popular with tourists.

All images courtesy of AdmCom.